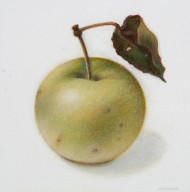 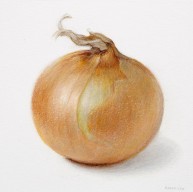 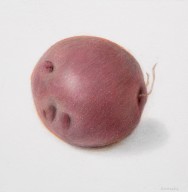 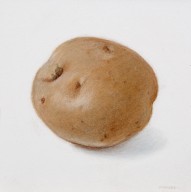 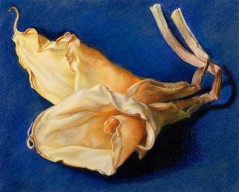 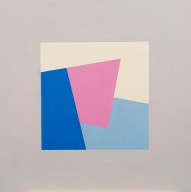 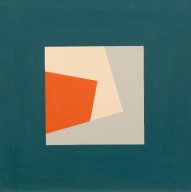 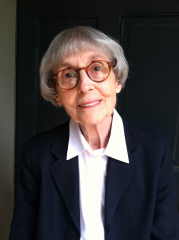 After nearly seven decades of making realist paintings, Mary Ann Currier needed a break. So when a studio drawer filled with colored paper broke—requiring her to empty its contents and seeing the materials layered one atop another—she decided to make some abstract collages. The artist established a simple set of rules for the four-inch square works: they’d contain one right angle and additional diagonals. From each of the 33 ensuing collages, she made a painting, which was both an abstract composition and a faithfully realist representation of the paper cutouts, neatly blending two opposite approaches. She felt refreshed.

Currier was then able to return to her practice of setting up still-life objects in her studio and meticulously rendering them in colored pencil. Only now, she has departed from the large- scale works she did before, working instead in the four-inch square scale of the collages. Often isolating a single object on a blank ground, she celebrates the colors and shape of the subject while constantly reaffirming the power in the long tradition of making art through direct observation.

A Change of Direction

A Lifetime of Discovery

I’ve had people say, ‘Oh she must work from photography.’ They’re not ready to believe this is by direct observation.