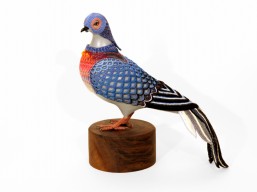 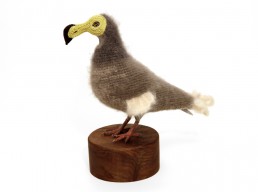 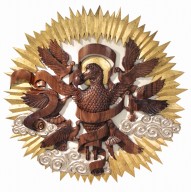 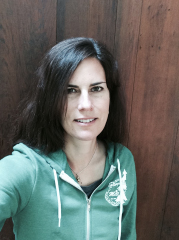 Laurel Roth Hope is a self-taught artist and naturalist. She considers herself “an artist that wishes she was a scientist,” and she brings the two areas together with skill. By investigating the interactions between humans and animals, issues of friction and loss of species are bound to arise, but the subjects are approached with gentleness and touches of humor that avoid the morbid or maudlin.

Her series of extinct bird species creates a narrative that’s particularly playful. The artist hand carves mannequins in the form of pigeons—an overabundant species due to their ability to adapt to human environments— and dresses them in hand-crocheted costumes of species of birds that are lost to the world because of their failure to adapt. In Flight of the Dodo, she references Renaissance ascension imagery to create a reverential (if tongue-in-cheek) first and final flight for the unfortunate dodo, aided and accompanied by the common, lowly pigeon.

Flight of the Dodo

The Hows and Whys

I usually try to keep some humor in my work. Whenever you are working with environmental things, it’s really easy to kind of bludgeon people over the head with guilt. I don’t want to do that. I don’t think it helps.