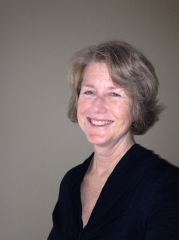 For the past five years, Dornith Doherty has been creating X-ray photographs of the plants and seeds safeguarded in the major seed banks around the world, including the Svalbard Global Seed Vault in Norway. Despite the scientific nature of her subject matter, and the clinical associations of X-ray imagery, Doherty’s works are often abstract, even lyrical. They draw in the viewer with graceful abstraction that is revealed, upon closer inspection, to be unequivocal photographic reality.

The banked seeds, like the photographic images that capture them, are held in between past and future, representing both the possible collapse and the potential rebirth of a species. The images illustrate humankind’s current problematic relationship with our environment and the uncertainty of our future.

It’s simultaneously a very pessimistic project. . . [scientists have] decided that things have gotten so dire that they need to put an ark on the North Pole and lock it away. But then there’s also the optimistic part, that somebody’s got a plan. There are people who are really committed to trying to make things better.