Discovery and Recovery with Jason Vaughn 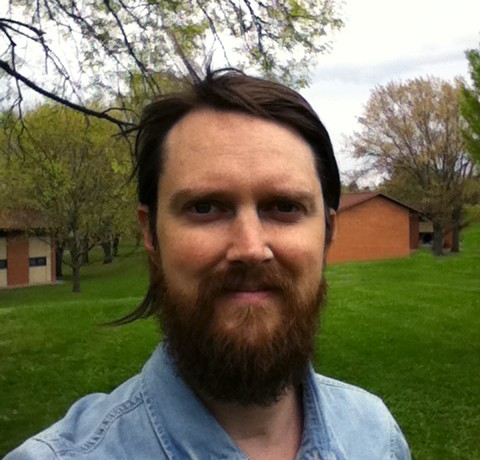 Jason Vaughn‘s photo series hide features lovely, sometimes haunting images of the semi-permanent deer-hunting stands he has discovered in his adopted home of Wisconsin. Vaughn grew up far from the rural culture of hunting, and so when he began this project, he associated the stands with killing and death. As he met and talked with the hunters who owned the stands, however, he came to understand that the hunt meant something very different to them. For these men the hunt was associated with fond memories of being outdoors with their fathers or sons; of long-standing traditions; of camaraderie, family, and a connection with the land. Vaughn, who was expecting his own first child, began to see the stands differently… and then something happened that would dramatically change his understanding of everything, and add a new power and purpose to the work .  In today’s guest artist post, Jason Vaughn tells his story in his own words.  –LD

hide began as a typological reflection on Wisconsin’s hunting tradition, using deer stands as the recurrent symbol. Only months after completing the project did I begin to appreciate its significance in my own life.

I was diagnosed with leukemia in 2011, in the midst of working on the photographs for hide.  I was 32 and had never had any health issues, so I was completely blind-sided.  That period of time in my memory is a blur.  I spent a month in the hospital, then went through several months of chemotherapy.  At the same time, my wife had just given birth to our first child and I was trying to comprehend my new role as a father.

Amid the chaos, hide provided calm. Long drives through the farmlands of Wisconsin inspired me, and long walks through fields forced me to push myself physically. The fatigue from chemotherapy was devastating. Every time I started to feel well, I had another infusion and started the whole cycle again.  Most days, I did not have enough strength to do minor daily tasks let alone carry my large format camera across a field. hide gave me the motivation to fight my physical battle.

Mentally, this was the darkest period of my life, and hide provided an escape.  During my illness, some of my closest friendships, which I thought would be permanent parts of my life, seemed to falter. I had relocated to Madison only months before being diagnosed, and had focused on preparing for a new baby rather than making new friends.  When I was diagnosed, my wife and I decided she should continue going to medical school, but I often felt alone.  I needed a distraction and meaningful connection with other adults.  Talks with the hunters gave me that, at the time when I needed it the most.  The conversations seemed completely removed from the constant drone of medical speculation that consumed my days.  Instead, we discussed family traditions, nature, and the culture of hunting.

Suddenly, the themes that I had contemplated when I embarked on hide became salient and real.  Hunters talked about constructing these stands to leave to their children, especially those who would inherit the land. I was contemplating the idea of what I might leave to my son, so these conversations felt very personal.  Many hunters fondly recounted a feeling of oneness with nature and a joy in sharing it with their children in the stands. Artistically, I wanted to capture that serenity, but I kept reflecting on how to define “meaningful” time with my infant son, especially if my time with him might be limited.  I found it easy to dwell on the negative when I was not engaged with my art. Only in retrospect did I begin to realize the positive impact hide had on my life during that time.

Oddly, in the context of my own mortality, I became more open-minded about hunting. Hunters speak with nostalgia about cold days in the deer stands with their fathers. They do not quickly bring up the animals or the idea of death; instead, they speak about a kind of camaraderie that I find entirely compelling. At a time that was very isolating, I could appreciate the inclusive culture of hunting.   I saw a side of hunting that went beyond the killing of animals.

hide has been warmly received, both in US and internationally.  Seeing three of the images in the State of the Art show at Crystal Bridges Museum is both an honor and an affirmation.  The exhibition seeks to “investigate what’s happening in American art today.”  During my recovery and subsequent remission, the idea of “today” became a theme in my life.  To be honest, I never knew if I would have another day to create art, another day with my family.  Being part of this show is a triumph as an artist, but even more it is a personal celebration as a cancer survivor.  I am grateful to everyone who looks at this work and appreciates how close it came to being lost instead of discovered.

Jason Vaughn’s work is included in State of the Art: Discovering American Art Now, on view at Crystal Bridges through January 19, 2015. The photographs in the series hide are collected in a book of the same title, available in the Museum Store.

State of the Art Catalogs: Library Art and Architecture

Expanding the Cycle of Creative Energy with Kristen Cliffell